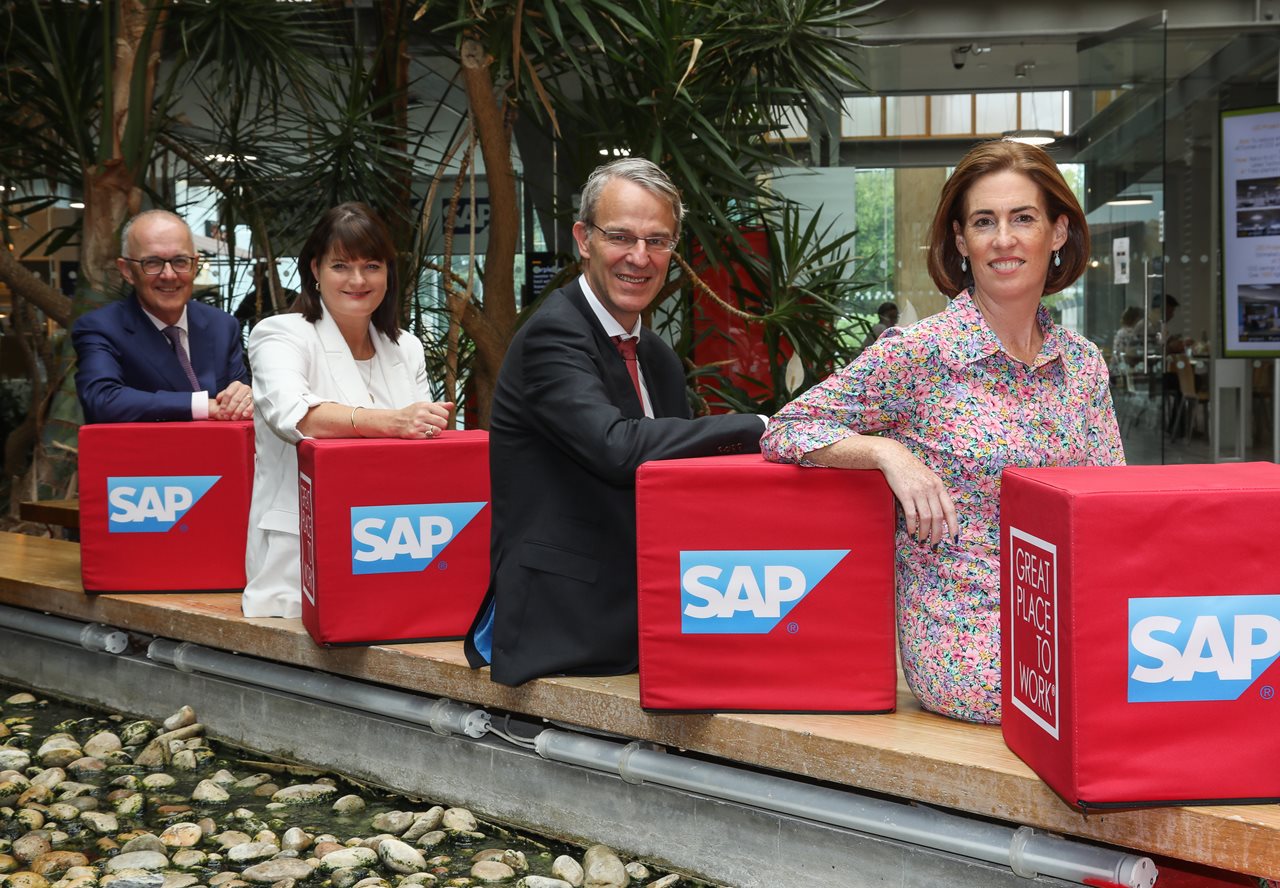 A long-standing commitment to ongoing innovation has seen SAP Ireland transform from its origins in 2007 as a 30-strong company based on the single floor of an office in East Point Business Park, Dublin. It is now an Irish powerhouse, employing 2,300 people in over 55 lines of business in both Dublin and Galway. It has a multicultural workforce with employees hailing from all four corners of the world, from almost 60 countries and speaking 47 languages.

At SAP Ireland, they believe a truly diverse organisation is an inclusive organisation, one that harnesses and celebrates the power of diversity. One of SAP’s flagship diversity programs, Autism at Work, was launched in SAP Ireland in 2013 and has seen huge success over them years.

SAP’s teams in both Dublin and Galway are responsible for the delivery of services and support for its EMEA and Americas customer base and the company is engaged in Research & Development for planning and analytics on the SAP Business Technology Platform. SAP also offers a variety of careers in sales, partner services, financial shared Services, cloud services, technical writing, e-learning, translations, and license auditing.

Minister of State Hildegarde Naughton said "I’m hugely impressed with the achievements of SAP since they located in Ireland 25 years ago.  SAP makes a significant contribution to the local economy both here in Galway and in Dublin.  I would like thank SAP for their continued commitment to Ireland and to wish the team well for many more years to come.”

Liam Ryan, Managing Director, SAP Labs Ireland, said: “On the occasion of SAP celebrating 25 years in Ireland I would like to thank the Ireland Leadership team and all SAP Ireland employees in Dublin and Galway for their expertise, flexibility, motivation and exceptional customer focus. Over the past 25 years we have helped guide customers and partners on their transformation journeys and as SAP celebrates its 50th anniversary globally we look forward to helping even more customers run better and improving people’s lives. “

SAP is supported by IDA Ireland; Martin Shanahan, CEO, IDA Ireland, said: “I want to congratulate SAP on this really important milestone of 25 years in Ireland.  SAP has played an important role in the development of Ireland’s tech ecosystem.  As one of Ireland’s largest and most-established tech companies, SAP’s investment in Ireland over the years and ongoing education initiatives have greatly enhanced our reputation as a tech hub in Europe.  I wish Liam and the entire team continued success”

In 2022, SAP has been named as one of LinkedIn’s 25 Best Workplaces in Ireland. SAP in Ireland has recently embarked on a Pledge to Flexible hybrid working model which has transformed its offices in both Dublin and Galway to create a new ‘flex work’ environment. These new inspiring office designs are tailored for communication, collaboration, community and focused work, enabling employees to find the right space for every task.