Between January 2020 and January 2021, TikTok’s presence in Dublin expanded from 20 people to 1,100
In 2020, ByteDance established its European Trust and Safety Hub in Dublin

Social media sensation TikTok is enjoying phenomenal popularity, with over one billion monthly active users within four years of its global launch. It’s been a story of similar growth levels at the Irish operations of its parent company, Beijing-based ByteDance.

From here, TikTok staff moderate content for the EMEA and Latin American regions. The company is actively hiring skilled multilingual content moderators and policy makers. Two of the main reasons ByteDance chose Ireland were the availability of skilled multilingual talent and Ireland’s track record for moderating content in the tech industry. This is Ireland’s cluster effect in action, with the presence of well-known companies in a particular field acting as a magnet to attract others. In this case, other social media companies like Facebook and Twitter run large moderation teams in Ireland.

Cormac Keenan, TikTok’s head of trust and safety, said the company’s entire user safety strategy, decision-making and enforcement function for Europe and the UK are led by the experienced team in Ireland, with senior leaders spanning functions including policy-making, product and process, incident management and quality assurance, as well as experts in areas such as minor safety and hate speech.

“The rapid growth of this function complements the extraordinary growth of our community. Today, over 100m people in Europe are active on TikTok every month and we want to ensure that as this community continues to grow, we are doing everything we can to keep TikTok as a safe space for positive, creative expression.”

Other landmarks for TikTok in Ireland include designating it as the company’s lead supervisory authority for maintaining users’ privacy and safety in Europe. Two months later, in August 2020, TikTok announced plans to invest €420 million in a new data centre in Ireland. This will store data about its European users and will lead to “hundreds of new jobs” as a result.

Vanessa Pappas, Chief Operating Officer of TikTok, pays tribute to the rapid growth of the platform and the operation in Dublin that’s fast becoming an important hub in the company’s global operations. “None of this would be possible without the expanding talent that makes up the TikTok team – and the high-quality leadership we've assembled in Ireland across trust and safety, data privacy and protection and commercialisation is critical to our continued growth and expansion.

Cormac Keenan, Head of Trust & Safety at TikTok pictured with An Taoiseach and IDA CEO. 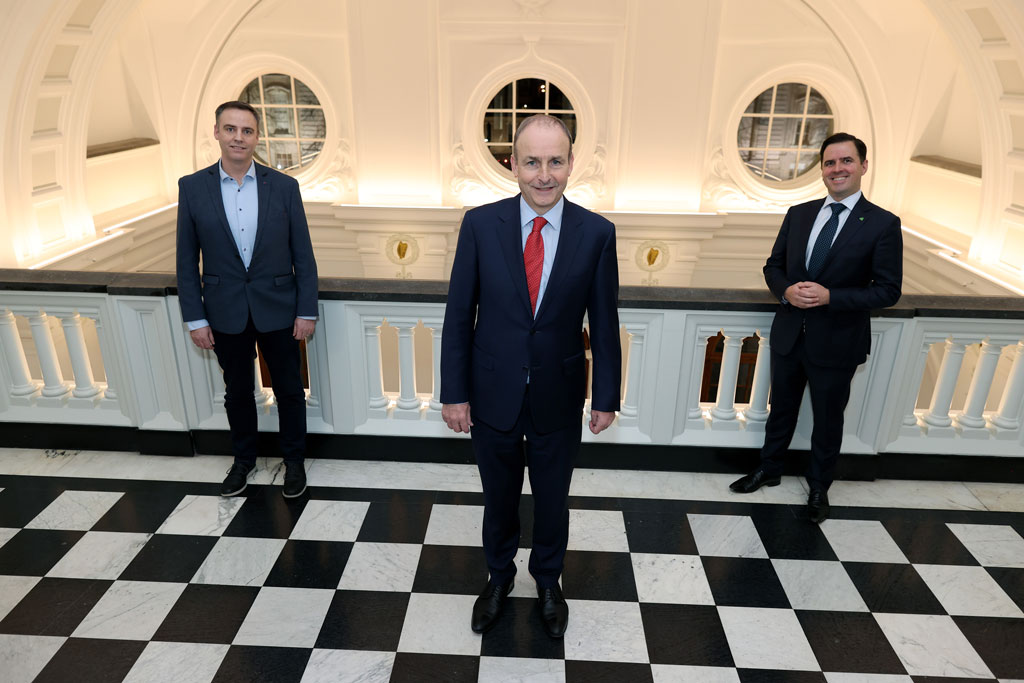