There’s an old Irish saying that a good start is half the work; it’s proven true for HubSpot when setting up its international base.

HubSpot first came to Ireland in 2013, locating its European headquarters here
Since then, the team and office fondly known as ‘DubSpot’ has more than tripled in size

Stand by your brand: recruiting for cultural fit

Locating in a place that has already attracted leading tech companies, and continues to do so, could cause hiring bottlenecks, but Sherman doesn’t see it that way. “We’re seeing supply and demand balance out. If I have the choice in locating in a tech centre where the talent is good and then competing for talent on our culture and mission, I feel like that’s the right way to do it.” HubSpot chose a strategy to hire engineers to build on the core products, reckoning this was the most effective way to attract great talent in a crowded market. HubSpot had originally earmarked the Irish office for sales, services and customer support functions. It excluded engineering at the start but wanted the option to add an engineering centre. Shortly after the Irish site went operational, it sent a person from the US who hired a three local engineers as an “experiment”. While some tech companies choose Ireland only for technical roles like testing or QA, HubSpot identified the country as a place where it could mirror its full engineering team at HQ, creating a pipeline of talent and also helping to grow the core product. “That experiment went really well, and we now have just under 100 people,” says Sherman.

Striking a balance when hiring
After choosing Ireland in preference to a UK office, HubSpot brought the first 10 Irish nationals to Cambridge, Massachusetts for a month to get steeped in HubSpot’s culture and mission. That team returned with a half-dozen longer-time HubSpotters.

HubSpot COO JD Sherman feels it’s important to strike a balance between a temporary team and recruiting only from the local talent pool. “You don’t want to
over-index either way. If you send a landing team and first your 10 or 20 employees are just expats, then you’re not in the process of building a sustainable team and operation that will thrive and grow on its own. But if you hire a more senior experienced team that’s 100% local, they’ll only know the playbook from past companies, and they won’t blend and mesh well with your team in the United States. Eventually, you want the international office to stand on its own and grow organically.” HubSpot sent a site leader from the US to manage the European HQ until it was satisfied it found a senior leader. That hiring process can take two or three years, Sherman advises.

Talent trumps cost
When HubSpot first scouted sites in Ireland back in 2012, office vacancies were high while rents were low. Although commercial rents have risen since then, Sherman says the costs are still lower than what the company pays today in its hometown. “The benefit of lower-cost facilities is not meaningful. It’s from the talent and being a leader in the Dublin market and having a brand to do that.” Nor was Ireland’s tax regime a consideration, he adds. “That didn’t matter – in 2012, when we were making our site selection, we were a private company." 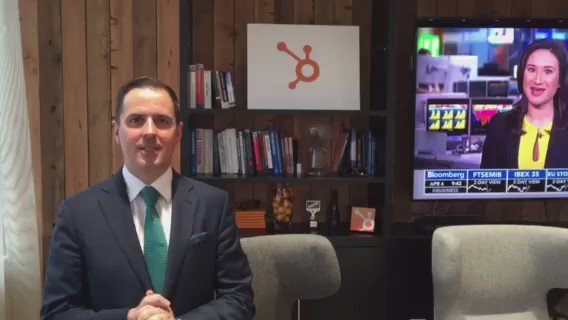 “The first team that you hire and second over to the location is so critically important. They’re the founding team so you’ve got to get the hiring right. You’ve got to send some of your best, most talented and culturally astute people to build that office”